Endometriosis is a fact of life in some women. It is often relentless and stubborn, but it is always unfair because there is nothing you do or not do that brings it on. At NJEndometriosis, Dr. Ulas Bozdogan practices a specialty of medicine (endometriosis specialist) to rid you of this painful and debilitating condition so that you can resume your quality of life and, when desired, seek pregnancy.

Why is it called endometriosis?

It is called endometriosis because it is tissue similar to the lining of your uterus (womb), called “endometrium.” In pregnancy, when a fertilized egg enters your uterus (womb), the lining there—that endometrium—is a specialized layer of tissue designed to allow implantation of that egg for growth into an embryo (then a fetus, then your baby). If your egg is not fertilized, it will not implant into this lining, but simply drops away along with the lining which falls apart from the drop in your hormones: as a result of the absence of fertilization, your hormones fall. (They remain high with pregnancy, however.)

Your body likes to tidy up over unused tissue, and without a pregnancy each month, your body loses your unused endometrial layer of your uterus. This is merely the debris you see as your period, and it exits your body and is discarded. However, because it can regenerate, then slough off, then regenerate again, month after month—it has a dynamic physiology. That is, if it is located in an area of the body (other than your uterus), its failure to be discarded to the outside world means it remains, cycling each month where it is. The bloody nature of it is very irritating, which causes inflammation, both locally at the cellular level, but also by your whole body’s launching an immunological response.

Where else can might it be other than in your uterus?

When a woman has endometriosis, the most likely place for it to be found is in her pelvis. Many researchers feel this is a result of the normally sloughing-away tissue being squeezed up through your tubes and spilling there, instead of through your vagina to the outside world. Others feel it can also land there by cells from your endometrium traveling via lymphatics or blood vessels to areas outside of your uterus. Still others add that it may be leftover nests of endometrium that didn’t migrate fully to its final location during your embryonic development, but instead leave areas of residual endometrium along the way. Whether one of these or a combination of all three is the correct explanation, it is a fact that endometriosis can sometimes be found in a woman’s belly button, skin, nose, lung, and even her brain—all areas which have no direct connection with the uterus.

Why do only some women get endometriosis?

No one knows for certain, because there is no “risky” behavior that makes it more likely. It is probably a genetic tendency in one’s family.

Besides location, are there different types of endometriosis?

Endometriosis is classified as to its extent, those classifications numbered 1-4:

Can you have silent endometriosis and not know it?

This is called silent endometriosis. Although endometriosis won’t kill you or shorten your lifespan, it does hurt, with some exceptions. If you are such an exception, a woman who has it but has no pain, it can progress until becoming severe. In other words, it may not hurt now, but if it progresses to the point where it does, then it will be a much harder case to treat.

Silent endometriosis also means that you may be fooled into a false sense of assurance that you are fertile and will conceive easily when you want to begin your family, only to learn that you’ve been “set up” for infertility. Silent endometriosis wastes much valuable time in that fertility is continuing to decline and may become so progressed that the chances of conception have become severely compromised by the time the bad news hits.

Women who have infertility are much more likely to have endometriosis than women who are fertile. This may be simply because many women are only first diagnosed with endometriosis —as a bad surprise—when they begin an investigation with a healthcare professional for their inability to become pregnant.

If you’re one of those women who have endometriosis without symptoms, how can you find out so that it won’t progress silently?

You may not have symptoms [SEE BELOW], but during regular GYN checkups an endometriosis specialist can pick up clues during an exam, such as decreased motion of your uterus, tenderness to palpation, or thickening of the ligaments holding your uterus in your pelvis. Because silent endometriosis can mean surprise infertility later, this is good reason to keep up with your regularly scheduled exams.

What kind of problems, besides pain and infertility, can endometriosis create?

While you may only perceive painful periods or pain with sex, there may be much more going on inside you:

What are the symptoms of endometriosis?

How is endometriosis diagnosed?

In spite of some suspicious clues detected on an exam and some symptoms commonly associated with it, endometriosis can only be officially diagnosed by identifying it in your body—visualizing it—and then proving it with a biopsy. Of course, this means surgically. The good news is that today’s surgery for endometriosis is not the same as the surgery of last generation.

How is endometriosis treated?

Thankfully, the minimally invasive, cosmetically sensitive same-day surgery, like the state-of-the-art robotic technique Dr. Bozdogan of NJEndometriosis uses, can successfully remove it while preserving your reproductive organs and getting you home the same day with just a few Band-aids. The other benefit to using an endometriosis specialist like Dr. Bozdogan is that he plans on treating your endometriosis in the same procedure in which it is diagnosed, which save you an extra surgery.

Who should treat your endometriosis?

No, but it has been proven to give the most reliable removal of it. There are other ways, but they are not as successful, and when your fertility is at stake, the clock is ticking when other methods fail.

Endometriosis is the abnormal placement of what would be considered normal inside your uterus. Trapped elsewhere, without exit, it is reactively stimulated during your cycles to negatively affect the tissue/organs it overlies. Failure to diagnose or treat it only delays final treatment until addressing it becomes much more complicated. 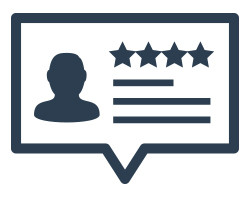 OUR PATIENTS SAY IT BEST 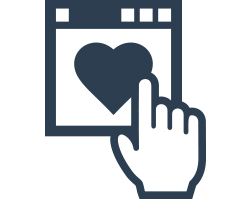 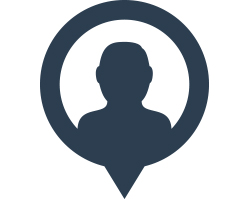